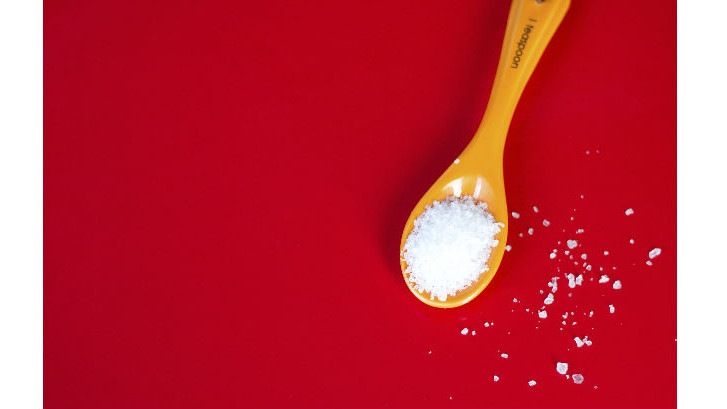 Salt has been directly linked to cardiovascular diseases including hypertension, strokes and heart attacks. But Americans have acquired a fond taste for salt as evidenced by the brisk sales of packaged and processed foods, such as potato chips, cured meats, and instant ramen, among others.

(To learn more about your heart health, talk to a cardiology doctor at Healthpointe).

Even cutting back on table salt intake will have little effect when the consumption of sodium-rich packaged and processed foods remains. Fortunately, you can shoo away salt in your diet for a healthier heart – or at least, lessen your salt and sodium consumption to the recommended 1,500 milligrams per day (American Heart Association).

Sodium is such a sneaky substance because it comes in various forms that can deceive uninformed consumers. As such, the best way to take control of your sodium intake means reading the labels and understanding its sodium content without being taken for a ride by labels, such as “low sodium” and “zero sodium”.

According to studies, Americans get as much as 75% of their sodium intake from packaged and processed foods, even products that are considered healthy. Examples include tomato sauce, condiments, canned soups, canned vegetables, and prepared mixes, to name a few.

Don’t be deceived by the absence of the terms “salt” and “sodium” in the labels. Keep in mind that there are many different types of sodium compounds added to packaged, processed and preserved foods. Look for terms like “soda”, “sodium” and “Na” on the labels, all of which indicate that sodium compounds have been added.

The bottom line: Reduce your consumption of processed, packaged and preserved foods. Choose fresh fruits, vegetables, and whole grains as well as naturally-cooked fishes, lean meats, and seafood, which are more delicious and nutritious anyway.

Be Aware of Sodium Even in Natural Foods

But even foods in their natural state can contain sodium, many of which have surprisingly higher content than processed foods. Examples include cheeses, olives, legumes and seafood.

The good news: These natural foods are healthy for your heart. The trick lies in eating these foods in moderation especially where cheeses are concerned.

Other ways that sodium variants are used in foods include:

Ask Your Doctor About Sodium In Your Medicines

Even a few over-the-counter and prescription medications have relatively high levels of sodium. Of course, you should never start or stop taking medications without your doctor’s supervision.

Just be sure to ask your doctor about the sodium content in your medicines and read the labels on drugs. For example, antacids contain at least 5 milligrams of sodium so you can ask your doctor for a brand with lower sodium levels.

Ultimately, the best way to reduce your salt intake while still enjoying your favorite food is to educate yourself and then apply the information in making heart-healthy choices.

Healthpointe is a leading multidisciplinary healthcare organization offering a full range of medical services in practice locations throughout Southern California (Los Angeles County, Orange County, San Bernardino County, and Riverside County). Healthpointe has locations situated in over 10 cities in Southern California including La Mirada, which is conveniently located by Whittier, La Habra, Norwalk, Cerritos, Buena Park, and Santa Fe Springs. As a highly regarded musculoskeletal group, we have a personal investment in the highest level of service, and we are proud of our record of excellence over the last four decades with private patients, injured workers, urgent care, personal injuries, and professional and non-professional athletes. Leading our organization is a dynamic team of healthcare professionals who continually strive to be at the forefront of medical innovation and healthcare service delivery. For more information, a complete list of services, and Healthpointe locations, visit Healthpointe.net.