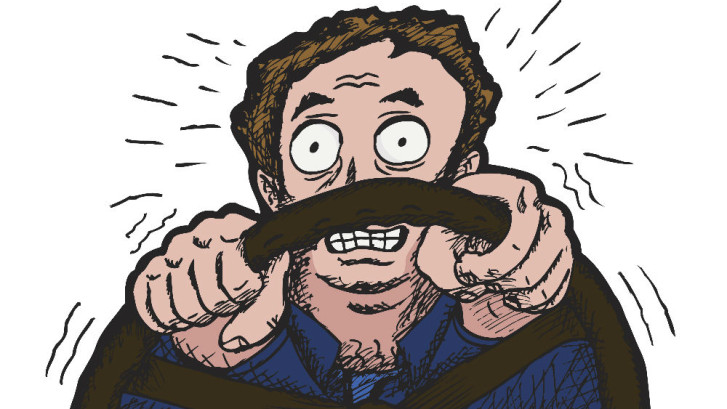 If you have ever been scared to drive after a car crash, you are not alone. According to a 2016 article from the National Center for PTSD, every year 3 million drivers in the U.S. are involved in a serious car crash. Of those, 9% experience PTSD (post-traumatic stress disorder).

Many people overlook (or completely ignore) the psychological disturbance they feel after a serious car crash. While getting medical attention for the sustained physical injuries is crucial, so is getting psychological care for the related anxiety or possible PTSD.

Southern California is home to beautiful deserts, beaches, and mountains – but it’s also constantly full of “rush hour” traffic. Don’t let the anxiety you may feel after an accident prevent you from taking spontaneous road trips across our vibrant Golden State! To take the steps toward recovery, talk to a licensed clinical psychologist at Healthpointe, and continue reading about the basics of situational anxiety and PTSD below!

Post-traumatic stress disorder is a psychological condition that occurs as a result of severe stress or trauma, like being involved in a car crash. It often presents with symptoms such as mental flashbacks to the accident or incident, anxiety, depression, sleeping problems, mood changes, negative reactions, and/or unexplained fear.

Situational anxiety is very common after car crashes and usually resolves by itself, although a psychologist can be very helpful. PTSD is more severe and much less common, but a psychologist is vital for treatment.

How is PTSD Diagnosed?

PTSD is diagnosed when a psychologist performs an evaluation to determine if the patient meets the criteria from the Diagnostic and Statistical Manual of Mental Disorders (DSM-5). PTSD can only be diagnosed if there was a specific traumatic incident that took place. This, combined with long-lasting symptoms, and specific exam findings, will lead to a diagnosis of PTSD.

What are the Treatments for PTSD?

If you have situational anxiety or especially PTSD, a psychologist will recommend psychotherapy and may refer you to another physician for medications. Medications can include SSRIs (selective serotonin reuptake inhibitors) such as Prozac, Zoloft, Celexa, and others. Examples of psychotherapy include Cognitive Behavioral Therapy and Cognitive Processing Therapy, which work to isolate and vanquish the thoughts and behaviors that may be causing the symptoms.

Thoughts, questions, concerns? Share your voice in the comments below!